As we approach Christmas, I want to wish all of you the very Best and Many Blessings for Christmas and the whole season. This is a time that we share God’s love because he has first shared with us. His love is so great and so abundant that we will never fully grasp the immensity of that love. Just comprehending that He sent his only begotten Son to be with us, (Immanuel), it is enough for us to know that God who created the universe and billions of suns and planets thought so much of us, this very small planet in a small part of a Galaxy. Even though we may be very small physically, we are very special to God.  He predicted this through the prophet Isaiah when he was preaching to Ahaz that a virgin would give birth to a child, and he would be called Immanuel, that is “God with us.” Then, years later, He also prophesized through Isaiah that there would be a voice crying out in the wilderness to tell people to prepare the way of the Lord. He (John the Baptist) baptized with a baptism of repentance, and many went to him and were baptized. God’s plan kept unfolding until Christ came, and as Isaiah predicted, a virgin gave birth to a child. That was the sign that God took part in this event through which Jesus was born. His name was Jesus, in Hebrew “Yashua”  which means “savior.” Jesus came to earth, lived among us and suffered much to save us from our sins.  Jesus came in a very humble way. He was born in a stable, the only place they could find in Bethlehem, due to the amount of people who were there to register for the census. The connection with the census is very important; Joseph and Mary had to go to Bethlehem, the place of their ancestral heritage, to register. First, Bethlehem was the city of David, and Jesus was said to sit at the throne of David; he was of the line of David. Mary and Joseph were registering in Bethlehem. Through Jesus the throne of David will remain forever. This is how God had Naaman prophesy to David that God will establish his throne forever. (This was realized through Jesus). Secondly, Jesus was born in Bethlehem: the word in Hebrew means “the House of Bread.” Jesus said, “I am the bread of life. He who eats this bread will live forever. My flesh is real food.” We read this passage of John chapter 6 during this year in the month of  August. Jesus gave us the bread of life so that we would be able to live forever.

I want to thank all the ones who participated in the Christmas Parade. The float made the Highlands paper. In addition, we were told that our float was the only float representing the nativity scene. This is what Christmas is about. Those of you who were concerned about the float, the important point was that we participated in the Parade. Congratulations, you truly represented the spirit of Christmas. 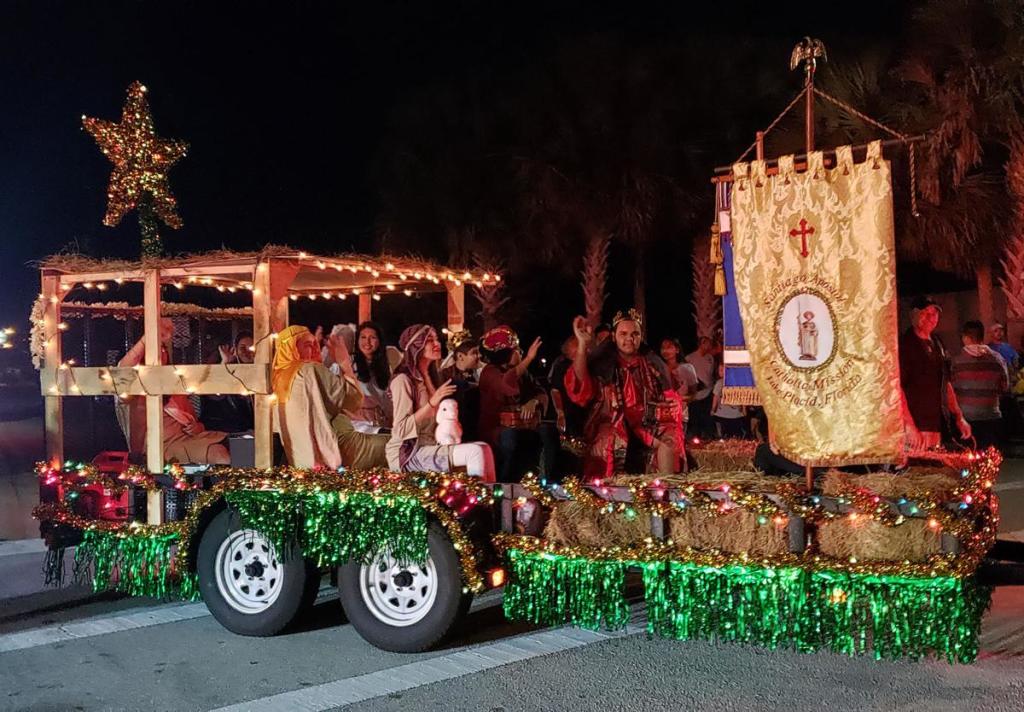 May the Divine Child bless you and your families, Fr. Vincent Clemente